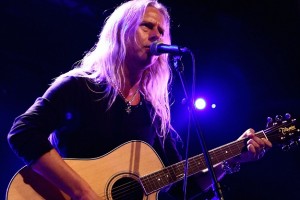 SANTA MONICA, Calif. (March 22, 2012) — The eighth annual MusiCares MAP Fund® benefit concert will honor Alice In Chains co-founder Jerry Cantrell andcertified interventionist and Sony/ATV Music Publishing Senior Consultant Neil Lasher at Club Nokia in Los Angeles on Thursday, May 31, 2012. Cantrell will be honored with the Stevie Ray Vaughan Award for his dedication and support of the MusiCares MAP Fund, and for his commitment to helping other addicts with the addiction and recovery process. Lasher will be the recipient of MusiCares’ From the Heart Award for his unconditional friendship and dedication to the mission and goals of the organization. All proceeds will benefit the MusiCares MAP Fund, which provides members of the music community access to addiction recovery treatment regardless of their financial situation.

“Jerry’s role in shaping the world of rock music is profound and ongoing,” said Neil Portnow, President/CEO of The Recording Academy® and MusiCares®. “His artistry as a guitarist is inspiring, and his contributions as a songwriter have earned Alice In Chains millions of fans around the world. And Neil has built an extraordinary career spanning more than 30 years in the music industry, and a parallel career in the field of substance abuse where his name has become synonymous with recovery and survival. But what unites Jerry and Neil are their unwavering support of MusiCares and our recovery programs, and their unselfish capacity to be of service to music people struggling with addiction.”

“From what I’ve seen, addiction can be an occupational hazard in the music business and I know firsthand how the MusiCares MAP Fund helps artists and members of the music community find the resources for recovery,” said Cantrell. “I’ve been a supporter for a long time, and I’m proud to help raise awareness and funds so this organization can continue to save lives.”

“I’ve been very fortunate to have two rewarding careers — one in the music industry and one in the field of addiction recovery,” said Lasher. “I’ve made countless friends in both, and have wonderful memories spanning many years. And because I’ve seen the ravages of addiction take their toll on artists, crew members, myself, and others who work in the music business, I’ve been a supporter of the MusiCares MAP Fund from the very beginning. Their programs give people their dignity and their lives back.”

This special dinner and concert offers Living Room Sets that seat 10 for $12,500,Individual Floor Seats for $1,250 per person, and VIP Balcony Seats for $100 per person; contact Wynnie Wynn for ticket information at 310.392.3777 orwynniew@grammy.com. General Admission Balcony Seats for $55 per person areavailable only through Ticketmaster beginning at 10 a.m. PT on March 23 atwww.ticketmaster.com. Out of respect for the clients the MusiCares MAP Fund serves, the event will be alcohol-free.

Cantrell’s contributions to the landscape of modern rock music are undeniable, and the music he has written has not only moved millions of people, but has stood the test of time. Raised in a military family that moved frequently when he was a child, it’s fitting that Cantrell would follow a career path that’s led him around the world. After several years honing his skills with local bands in the Seattle area, Cantrell formed Alice In Chains in 1987, alongside bandmates Kinney, Layne Staley, and Mike Starr. The band quickly developed a devout following, and by 1989 signed with Columbia Records. Over the course of their career Alice In Chains have achieved international acclaim, releasing albums and EPs that have sold more than 20 million copies worldwide and charted 13 top 10 rock singles. The band also had two consecutive albums debut at No. 1 on the Billboard 200 chart, including 1994’s Jar Of Flies, which became the first EP in history to achieve the feat.

Alice In Chains have played to packed-house audiences around the world, received multiple GRAMMY nominations and other accolades and — alongside fellow Seattle bands Nirvana, Pearl Jam, and Soundgarden — changed the face of popular music. Upon Alice In Chains’ hiatus from touring in 1996, Cantrell continued to write prolifically, releasing two successful solo albums. Four years after the passing of Staley in 2002, Alice In Chains reformed and subsequently released Black Gives Way To Blue in 2009. The critically lauded album debuted at No. 5 on the Billboard 200 chart, landed two No. 1 songs on Billboard‘s Rock Songs chart, and was certified gold. Cantrell was also voted Best Guitarist of the Year by the readers of Guitar World magazine. Firmly re-established as one of the world’s preeminent rock bands, Alice In Chains capped 14 months of touring in support of the album with a sold-out arena run, and are currently working on their next album.

Lasher is a certified alcoholism and substance abuse counselor, and a certified ARISE Interventionist. Sober for approximately 25 years, Lasher has emerged as an active leader in creating alcohol and substance abuse recovery opportunities for individuals in the music industry. He has been a consultant for MusiCares and its Safe Harbor Room®program, which was first established backstage at the 39th Annual GRAMMY Awards®telecast to provide a support system to artists and crew members struggling with addiction issues. Lasher is also a consultant to Caron Treatment Centers and a member of Caron’s New York advisory board.

In addition to his accomplishments in the field of alcoholism and substance abuse, Lasher is a music industry veteran who has worked with Pat Benatar, James Blunt, Billy Idol, Huey Lewis, Rob Thomas, and many more top artists. He has more than 30 years of experience, including work at radio and major record labels and his past 20 years in the music publishing industry. He currently serves as a senior consultant for Sony/ATV Music Publishing in New York, where he works closely with creative and licensing executives on priority artists and projects. Sony/ATV Music Publishing owns or administers more than 750,000 copyrights by such legendary artists as the Beatles, Leonard Cohen, Neil Diamond, Bob Dylan, Joni Mitchell, Graham Nash, Willie Nelson, Stevie Nicks, Little Richard, Diane Warren, and Hank Williams, among others. Its growing current roster of chart-topping artists includes Akon, Colbie Caillat, Lady Gaga, John Mayer, Shakira, Taylor Swift, and KT Tunstall.

The MusiCares Foundation®offers programs and services to members of the music community including emergency financial assistance for basic living expenses including rent, utilities and car payments; medical expenses including doctor, dentist and hospital bills; psychotherapy; and treatment for HIV/AIDS, Parkinson’s disease, Alzheimer’s disease, hepatitis C, and other critical illnesses. MusiCares offers nationwide educational workshops covering a variety of subjects, including financial, legal, medical, and substance abuse issues, and programs in collaboration with healthcare professionals that provide services such as flu shots, hearing tests, and medical/dental screenings.

The MusiCares MAP Fund allows access to addiction recovery treatment and sober living resources for members of the music community. Staffed by qualified chemical dependency and intervention specialists, MusiCares Safe Harbor Rooms, supported by the Bohemian Foundation, offer a support network to those in recovery while they are participating in the production of televised music shows and other major music events. MusiCares holds weekly addiction support groups for people to discuss how to best cope with the issues surrounding the recovery process. The MusiCares Sober Touring Network is a database of individuals across the United States who can take music people to recovery support meetings while on the road.

Established in 1989 by The Recording Academy, MusiCares provides a safety net of critical assistance for music people in times of need. MusiCares’ services and resources cover a wide range of financial, medical and personal emergencies, and each case is treated with integrity and confidentiality. MusiCares also focuses the resources and attention of the music industry on human service issues that directly impact the health and welfare of the music community. For more information, please visitwww.musicares.org. For breaking news and exclusive content, please like “MusiCares” on Facebook at www.facebook.com/musicares and follow @MusiCares on Twitter atwww.twitter.com/musicares.