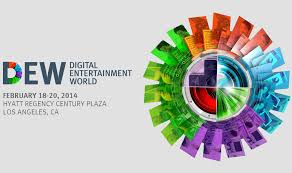 Digital Entertainment WorldFebruary 2014Shake It Up: Music Video Strategies for Promotion and MonetizationModeratorFrom Gangnam Style to Harlem Shake, the unexpected viral success of music videos is having an impact on how the medium is viewed as a promotional and monetizable tool. Recognizing that YouTube plays a vital role in defining hit songs often ahead of radio, Billboard now incorporates data on YouTube views as one of three metrics used to calculate the Billboard Hot 100 chart. This panel will discuss the importance of online video as a promotional and monetizable tool for the music industry.Panelists:Cathal Furey, Founder and CEO, FanFootageAlexis Giles, Co-Founder and VP of Business Development, MOXKavi Halemane, EVP, Digital, The CollectiveJ Scavo, SVP, Interactive Marketing, e-Commerce & Fan Services, Warner Bros. Records